What is Bitcoin? – About, Usage, Risks, and More 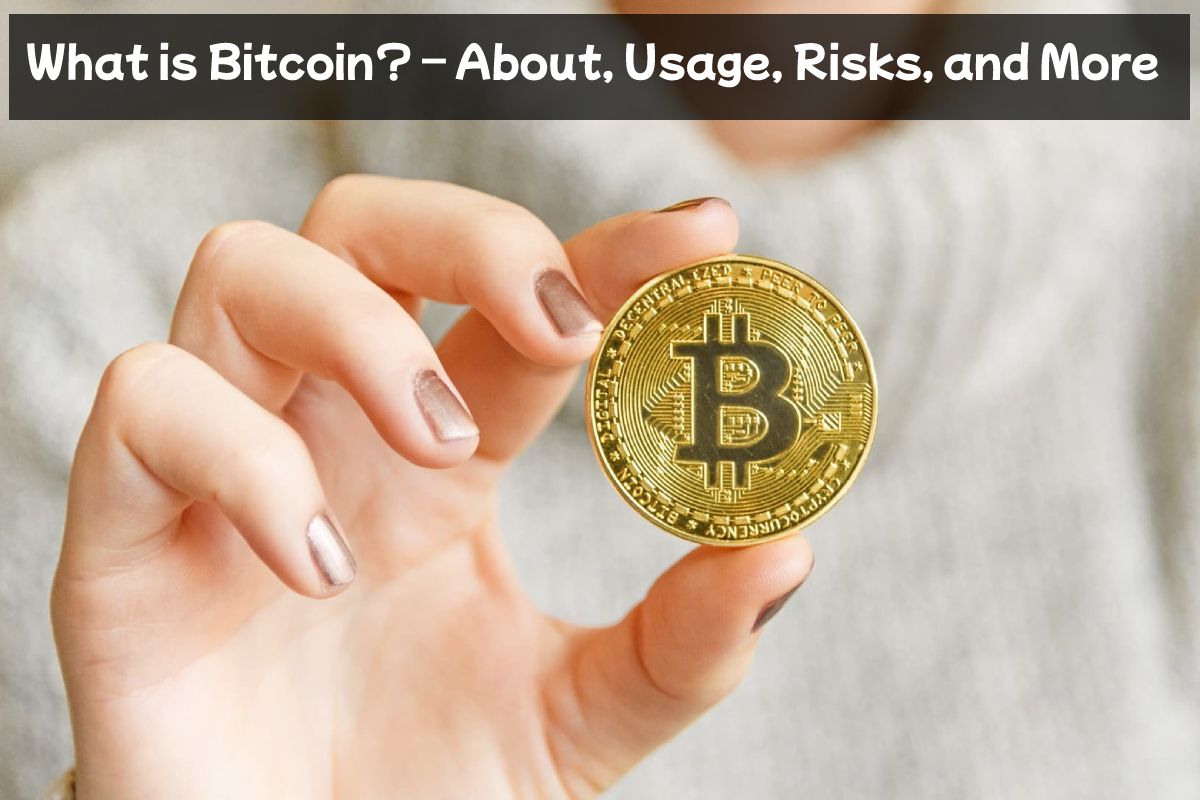 Bitcoin is a virtual currency that functions as a currency and a means of payment over which no individual, group, or entity controls. There is no need for third parties to engage in financial transactions. It rewards blockchain miners for confirming transactions and can be purchased on multiple exchanges.

Since then, it has become the most popular cryptocurrency in the world. Its popularity has inspired the development of many other cryptocurrencies. These competitors are looking to replace it as a payment system, utility, or security token in other blockchains and emerging financial technologies.

How is Bitcoin used?

Bitcoin was initially developed and launched as a peer-to-peer payment method. However, their use cases are increasing due to their growing value and competition from other blockchains and cryptocurrencies.

To use Bitcoin, you need a cryptocurrency wallet. Your wallet contains a private key for the Bitcoins you own and must be entering when transacting. Many merchants, retailers, and stores accept it as a payment method for goods and services.

Retailers that accept cryptocurrencies usually display a sign saying “Bitcoin accepted here.” Transactions can be processed using the required hardware terminal or wallet address via QR code and touch screen app. Online businesses can accept Bitcoin by adding this option to other online payment options such as credit cards and PayPal.

Speculators and investigators became interested in Bitcoin as it grew in popularity. Cryptocurrency exchanges appeared between 2009 and 2017, making buying and selling it easier. Prices began to rise, and demand increased slowly until 2017 when the price broke through the $1,000 mark. Many people started buying it, believing the cost would keep growing. To make short-term trades, traders began using cryptocurrency exchanges and accelerating the market.

Despite the large fluctuations, Bitcoin’s value has risen significantly and balanced in recent months. This volatility has received a lot of attention in various fields. There seem to be many differing opinions about this cryptocurrency’s future. Most economists often see It differently than people in the crypto world. While the latter group emphasizes the innovation that Bitcoin (blockchain, more specifically) brings, economists often see it as a bubble with the function of a Ponzi scheme supported by reasonable but unsubstantiated economic claims.

Bitcoin is not the future currency or the “world currency” of the future. If it can survive, it’s likely to be a high-risk asset class. So while it may be highly value in the future, it can easily flow in the other direction and become worthless. Buyers beware.

Also read : EXFOLIATING YOUR FACE – ABOUT, TYPES, BENEFITS, AND MORE

Remedies to Strengthen Weak Nails – About, Causes, and More

What Is Martini Table – Uses, Types, And More